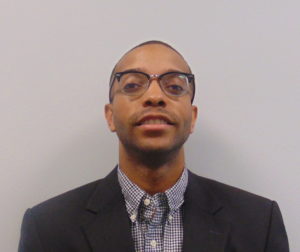 O’Neal received his bachelor’s degree in Communications at the University of Cincinnati. O’Neal is a commissioned officer in the Ohio National Guard and uses his leadership experience to positively impact the people he works with. A Walnut Hills graduate and six year veteran as CPS staff, O’Neal spent multiple seasons as a girls’ basketball coach for junior high and high school teams in the district and most recently served as the Athletic Director at Riverview East High School. While at Riverview East, O’Neal dramatically improved the school’s growing athletic department. O’Neal will now bring his tradition of excellence and impact to Western Hills High School.

“I am excited for my transition to West High and am thankful to Activities Beyond the Classroom’s Executive Director Brian Leshner for the opportunity to build on the legacy left by the previous athletic directors,” O’Neal said. “I’m grateful to the staff at Riverview East, especially Principal Charlene Myers and Assistant Principal Jason Dearwester, for the opportunity to grow Riverview East’s athletics, and now, with the support of West High Principal Carlos Blair, Dater Principal Steve Sippel, and CPS Athletic Manager Josh Hardin, I look forward to pushing the West High tradition of success to the next level.”

“I’m very impressed with Phillip’s depth of knowledge and desire for growth, and I have no doubt that he is the right addition to our team of nine athletic directors at ABC,” said Leshner. Hardin added, “It is exciting to have a great CPS alum continuing to lead our programs. Phil did an outstanding job at Riverview East and I look forward to having him take the lead at West High and Dater.”