Q&A With Barry Lucas of the ABC Board of Trustees 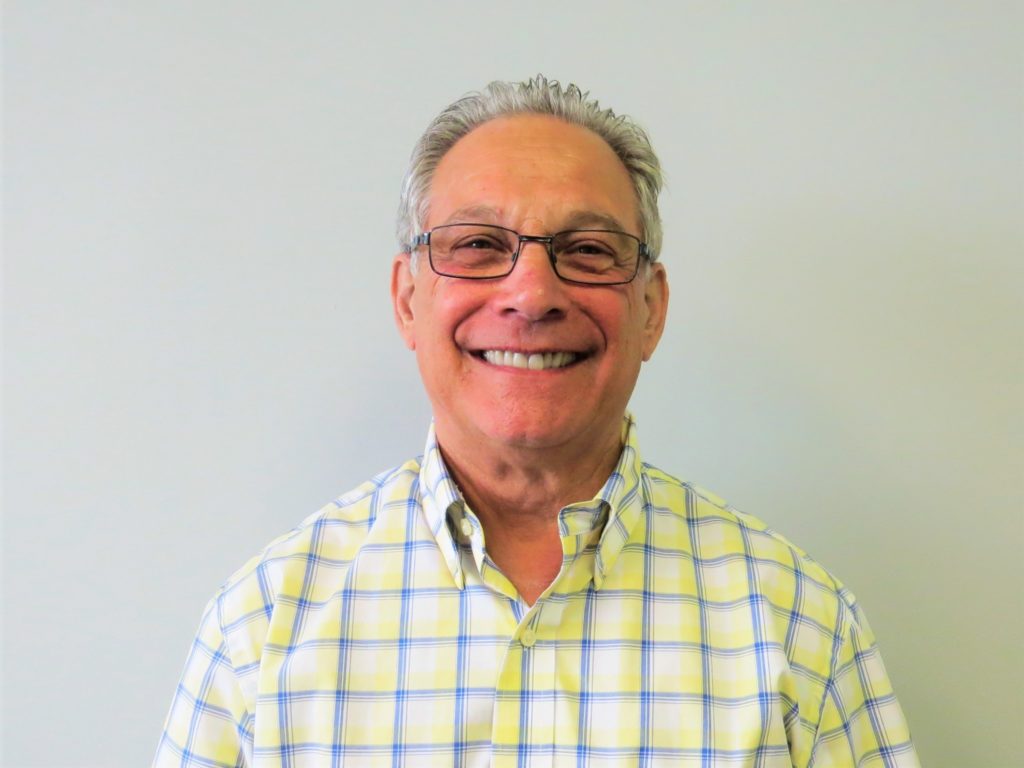 1) The age-old Cincinnati question… Where did you go to school?

I attended North Avondale Elementary School and later went on to Woodward High School. North Avondale is such a great school, I still have a lot of elementary school friends. When I was at Woodward, it was very big, we had students ranging from the 7th – 12th grades. Woodward was made up of approximately 3,500 students. My graduating class was around 525 students. It was an excellent experience, there was no recognition of color in our school. Our teachers earned and demanded respect. As a product of Cincinnati Public Schools, I believe in the public school system, the more of a cross-section of kids you’re exposed to, the better off you are later in life.

2) What is your professional background?

After graduating from University of Cincinnati, I went on to work in the family business. Our business was part of the soft drink supply chain. In addition to collecting returnable glass bottles and sending them back to the appropriate bottler, we were responsible for repurposing the broken glass, selling new bottles, and repairing beverage boxes.

After the beverage industry shifted to plastic bottles, I purchased a costume jewelry wholesaler, My company sold jewelry to drug stores and variety stores throughout the country. In the early days, we employed road salespersons, later we switched to selling to larger retailers like Meijer, Walgreens, and CVS. My role included a lot of travel, including overseas to source components from countries throughout Asia, back and forth to Providence, Rhode Island where we produced jewelry in bulk. At our peak, we employed around 500 individuals nationwide.

3) Tell us a little about your family.

Both wife and I are Cincinnati natives. We grew up in the same neighborhood, we both even went to North Avondale (at different times). We have a son, who is not married, and a daughter, who is married with 2 children. Our oldest grandchild attends University of Wisconsin and our youngest will be a freshman at the University of Wisconsin. Both my wife and I come from rather large families and have lots of extended family members throughout Greater Cincinnati.

4) Did you participate in any extracurricular activities? If so, which ones, and what skills do you think you gained from them?

I played knothole baseball in elementary school and junior high. I was also a member of the Safety Patrol. In those days, safety patrol was manned by the athletes. It was a great team-building effort; we served together and we played together at recess and after school. In high school, I was involved in gymnastics and track.

My involvement in extracurricular activities helped me tremendously in business. It helped build my interpersonal skills. It taught me to be comfortable with people. As a manager and boss, I was able to better relate and talk to people. It gave me the confidence I needed to go out into the world.

My wife and I along with 6-7 other couples, reached out to the then-police chief, Chief Blackwell and asked if there was more that we could do. We were assigned to the Police Chief’s Advisory Board, where we meet monthly with other community organizations to discuss various issues of concern.

For example, during Principal Jeff Hall’s first year at Douglass, Frederick Douglass Elementary had a lot of issues that he brought before the Advisory Board. As a result, we started what is now the ABC Safety Patrol program, at the Police Chief’s recommendation. Chief Blackwell gave us one of his best officers, in an effort to help improve Community-Police relations. Officer Princess Davis has been instrumental in providing the training and working with the students at Douglass and 35 other CPS elementary schools.

6) How did you become involved with Activities Beyond the Classroom?

I was one of the original board members (one of the only ones not involved in the tennis program). Brian Leshner invited me to join the board because I believe in CPS education and feel strongly about the importance of afterschool and extracurricular activities.

I feel strongly that opportunities for kids to be involved in a variety of activities help develop character and help keep kids off the street. The skills learned in these activities give kids a sense of purpose. Parental involvement is up, the kids are more vibrant, their attendance has improved, and they are more engaged in the learning process.

7) What do you see as the greatest challenge for today’s students, and what do you think ABC’s role is in addressing this challenge?

Most of my exposure is with elementary school-aged kids. The greatest challenge at this age level is needing more support for our teachers. ABC provides vital activities including afterschool clubs. These clubs help kids stay active and help them mature. These opportunities help the kids focus on improving their grades and to do that they must listen to their teachers, follow rules and take direction. Essentially their involvement in these programs helps prepare them for life. 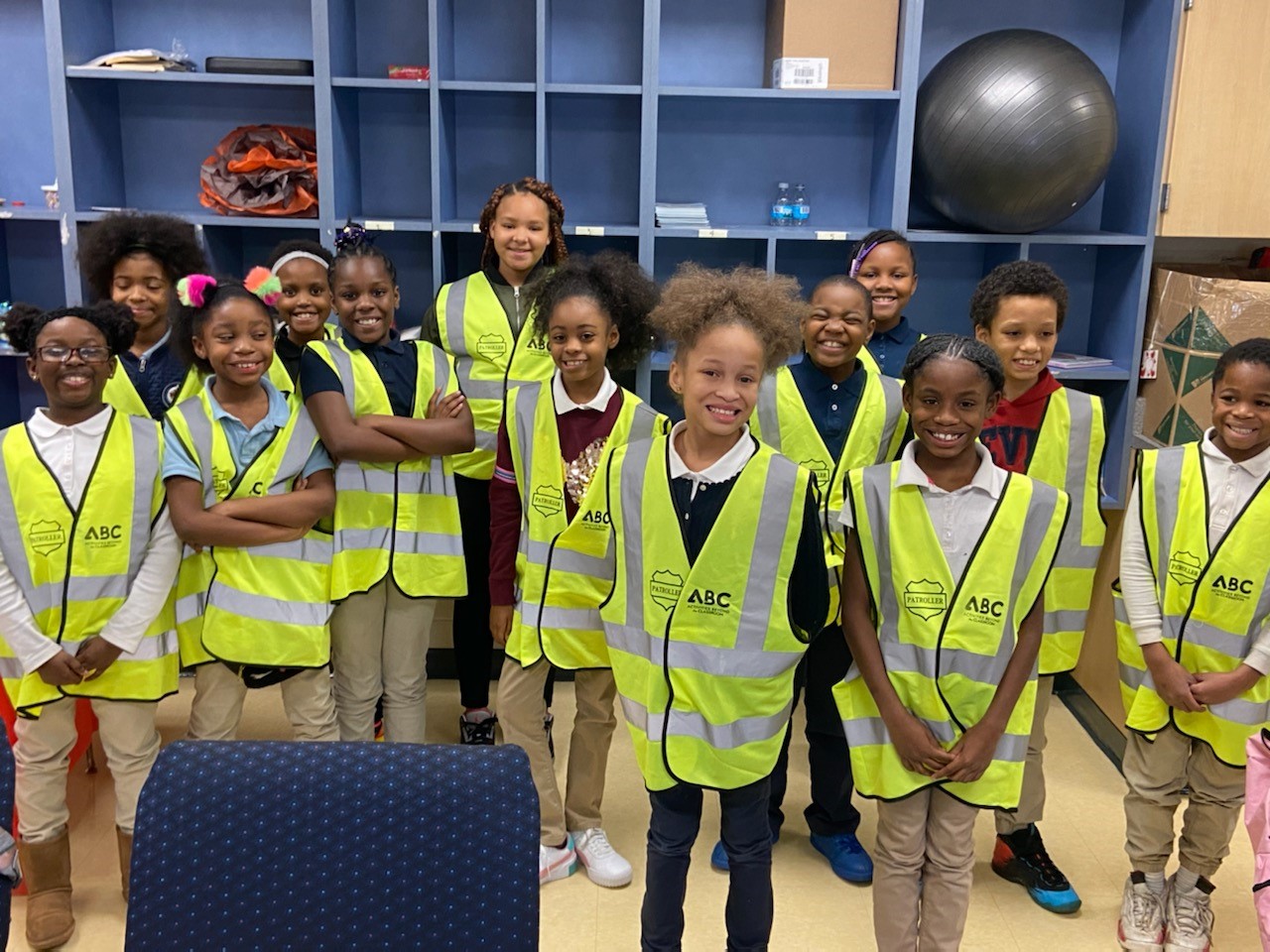 8) What is one of your favorite ABC programs, and why?

ABC Safety Patrol and Soccer are my favorites. Through the ABC Safety Patrol program, we teach leadership skills and good hygiene. Additionally, our Safety Patrol students are exposed to the Steer Clear program which also teaches drug and alcohol prevention and anti-bullying.

In 2019-2020 ABC brought the Safety Patrol program in-house. The additional support that ABC offers makes it a win-win for the students, and schools involved. Currently, Safety Patrol is offered in schools throughout the district, our goal is to be in all 54 CPS elementary schools.

Our Soccer programs are great too. Soccer reaches a wide range of individuals. This international sport helps level the playing field and brings kids together from a variety of backgrounds.

9) ABC is expanding its arts programs, and hosted the inaugural CPS International Jazz Festival on October 5th, 2019. What benefits do you think this event brought to the city of Cincinnati?

Every time ABC can do something that is out in the public, it is good for the kids that we serve. I believe we need more exposure like this. Programs such as the Jazz Festival provide a value-add to the community at large. Additionally, it offers us an opportunity to showcase the talent possessed by CPS students and highlight the positive activities of our kids with the general public.

10) What are some goals you’d like to see ABC accomplish in the future?

Our future goals including strengthening funding for the arts programs. Also, we need even more afterschool activities for students in every grade from Kindergarten through 12th grade. I would also like to see more programs that deal with personal hygiene and citizenship. I would love to expand our Steer Clear program and do more to prevent bullying and the impact it has on children.

11) What is the most important thing you would like the public to learn about ABC?

I would like the public to know more about Activities Beyond the Classroom. In my opinion, we need more opportunities to get our story out there. I feel that the more that know about the work we are doing the better. Additionally, I would like the public to know that we have a great organization, highly competent people and we are getting the job done.