Q&A with Carol Gibbs of the ABC Board of Trustees 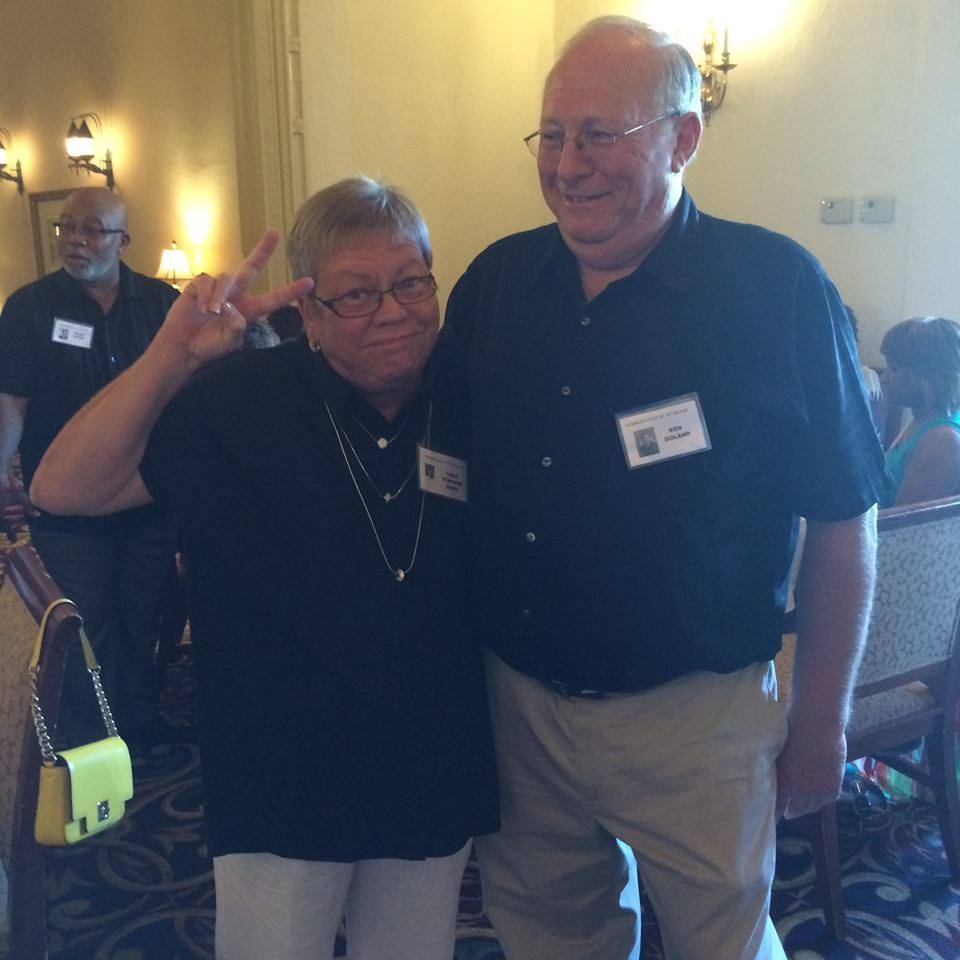 This is the latest in a series of “get to know us” posts about ABC’s leadership, both on the Board of Trustees and our staff. These stories give an insider’s view of the people behind Activities Beyond the Classroom.

ABC Board Member Carol Gibbs is a long-time community activist and volunteer. She is currently the President and CEO of the Mt. Auburn Community Development Corporation, which Gibbs founded in 2015 to strengthen and coordinate business and housing development in Mt. Auburn.  In addition, she has been involved in a number of Cincinnati organizations, including the Strategic Engagement and Planning Committee for Cincinnati Public Schools, Mt. Auburn Community Council, Taft Elementary School, William Howard Taft Historic Site, Neighborhoods of Uptown Leadership, Cincinnati Youth Collaborative, Ohio Foodbank Association, and more. ABC recently sat down with Gibbs to learn more about her background and why she is involved as an ABC board member.

The age-old Cincinnati question… Where did you go to school?

I attended Woodward High School.  Back in those days Woodward and Walnut Hills High Schools were very closely related.  Woodward was the “neighborhood school” for what was then a predominantly Jewish area of town.  Woodward had a football team and at that time, Walnut Hills did not.  We always had dances after games, and Walnut Hills’ students would come to the games and attend the dances.  Also, the schools had joint Sororities and Fraternities.

What is your professional background?

My career goal was to put an end to poverty.  For years I served as the District PTA President at CPS, and my husband often teased me because I attempted to mother every child.  Professionally, I led an organization called ACT (Accountability and Credibility Together) which worked with families receiving public assistance.  Our organization worked closely with Job & Family Services to get individuals off of welfare and out of poverty through education.  ACT served 1,500 families per year.  We had some amazing success rate, with 97% of our families off of welfare a year after they left the program and 85% off welfare 5 years after leaving the program.

One of the programs from that relationship that I am quite proud of is the partnership with University of Cincinnati.  We were able to offer participants a 2-year Associates degree right from our offices.  Our downtown offices had computer labs where parents could do homework, and a kitchen area where they could prepare meals for their children while they were in our facility.  Additionally, we offered educational programs and tutoring for the children of the families we served.

Tell us a little about your family. 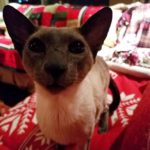 I have two kids: a daughter and a son.  My daughter, Carrie, attended the School for Creative and Performing Arts.  My son, Steve, attended Roger Bacon, where he played football.  Both of my kids played soccer.  I was a single mom for many years until I married my husband Steve in 1997.  Today, we are parents to a 10-year-old Siamese Bluepoint kitty named Bartholomew.  Our Bartie is a cancer survivor; he was diagnosed at the age of 2.

Did you participate in any extracurricular activities?  If so, which ones, and what skills do you think you gained from them?

I was involved in drama and theater.  The most important lessons learned from being in drama were teamwork, knowing what others do well, and knowing who to go to for assistance.  My love for theater continued after high school, as I was part of the apprentice program at the Cincinnati Playhouse.

Ironically, when my daughter was in school, there was a production that needed someone with theater experience.  My kids did not know about my days working at the Playhouse, so when I was able to step in and help out, my daughter was really caught off guard.

I am President/CEO of Mt Auburn Community Development Corporation.  I am also very much involved in the Mt. Auburn Community Council and leading the Cincinnati Parks Advisory Council (CPAC) working to revive Inwood Park.

I have served on the board for many organizations over the years, including the Cincinnati Youth Collaborative, Hamilton County Human Services, several decision-making committees for local schools, and even the William Howard Taft Historic Board.

In addition to serving on the Activities Beyond the Classroom Board of Trustees, I am a member of the CPS Strategic Planning Committee.  We meet monthly, and are looking at how CPS can address the fact that not every student has plans to attend college.  We look at alternative ways that we can prepare students for life after high school. Our goals are to give them as many opportunities as possible, and help them understand what their choices are.

How did you become involved with Activities Beyond the Classroom?

My involvement with Activities Beyond the Classroom stemmed from the work I was doing to encourage young people to learn how to swim.  We had a unique opportunity with the Cincinnati Recreation Commission (CRC) pool that is attached to Taft Elementary School.  The CRC was only using the pool as a therapeutic pool, and we began working with them to get the young students access to the pool.  After we had some success at Taft, we were determined to expose young school-aged children across the district to water safety by providing them with swimming lessons.  As we were working on this, I was introduced to Brian Leshner.

ABC’s philosophy fit perfectly with everything I believed and stood for.  When I joined the ABC Board of Trustees, it was all men, mostly men involved in baseball, football, etc. As a board, our involvement with music, art, and theater was a fairly foreign concept.  Today, we are heavily involved in artistic expression in addition to the work we do with sports-related extracurriculars.

What do you see as the greatest challenge for today’s students, and what do you think ABC’s role is in addressing this challenge?

Poverty is the biggest challenge our students face.  Poverty, along with all that it brings to the home and school life.  Many of our parents are struggling to make ends meet. Some of the living conditions our students experience are not up to standard.  My hope is that we will do more to break the cycles of poverty.

We need more diversity in our schools.  Unfortunately, when we lack socioeconomic diversity in our schools it leads to a lack of understanding among different populations.  ABC is offering every student with extracurricular experiences.  These experiences lead our students to see the world around them differently. These opportunities stretch their vision of themselves.

What is one of your favorite ABC programs, and why?

Swimming for Safety, of course. It’s important for every child to learn how to swim.  Learning to swim can be a lifesaving skill for a child.  Simply being able to paddle to the edge or remain calm in an unexpected situation can make a huge difference.

Additionally, if they don’t learn to swim, they will never know if they want to be an Olympic swimmer.  ABC is all about providing young people with a variety of experiences.  I am proud that we are able to include water safety in our program offerings.

ABC recently hosted the inaugural CPS International Jazz Festival on October 5th. What benefits do you think this event brought to the city of Cincinnati?

The CPS International Jazz Festival was an opportunity to change the perception of CPS children by demonstrating that there is another side of our children. Many of the community’s perceptions of our students are negative.  Some individuals in the business community have lost faith in CPS students, and we were able to show them the talent these kids possess.  Additionally, it showed the power of organizations like ABC.  Hopefully, this will encourage more involvement in the lives of our young people.

What has been the most rewarding outcome you’ve witnessed or experienced at ABC since joining the Board?

One of the most rewarding outcomes is watching young swimmers overcome their fear of the water.  Early on, the children were afraid to get into the pool.  They would cling to the walls and many were terrified in and around the water. After a few lessons, the kids couldn’t wait to jump in!

What are some goals you’d like to see ABC accomplish in the future?

In my opinion, we are internalizing too much.  I’d like to see us conduct more assessments of the kids we serve.  This would allow us to find out what the kids want to learn and participate in.  I’d like to see us asking the kids instead of simply asking adults.  The experiences we offer may not be “at the school”—maybe they are something like the jazz program that happened at the Aronoff Center for the Arts, or a district-wide drama club.  We won’t know if we don’t ask.

What is the most important thing you would like the public to learn about ABC?

I’d like them to know that we are here to broaden children’s knowledge.  There are many things kids can learn beyond the classroom.  I really believe kids learn just as much outside of the classroom.  It’s just a different type of education.

If we’re to reach CPS’s goal of getting kids ready for a career then we must offer them more than math and English.