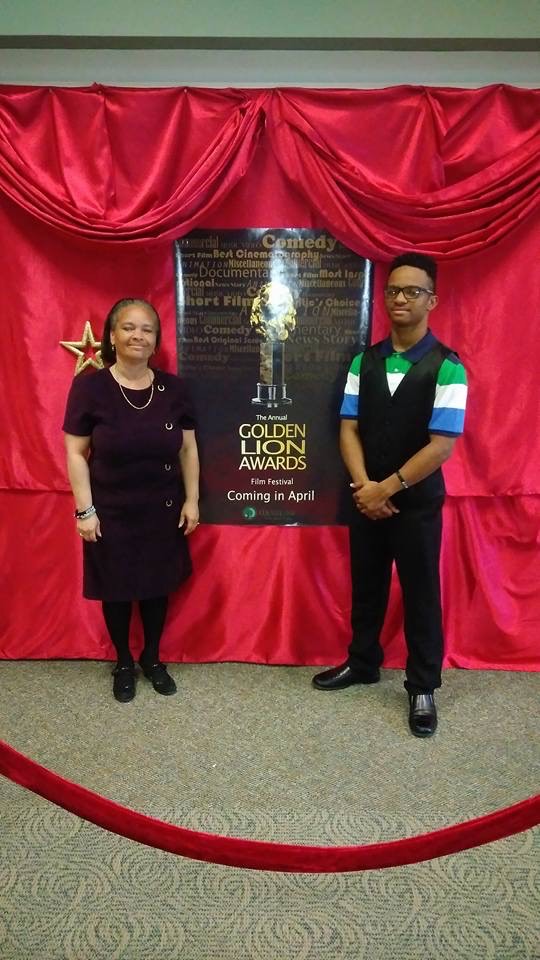 Xander Wynn, a sophomore at Walnut Hills High School, is a filmmaker whose talents have led to recognition at national and multiple local film festivals.

Xander was first introduced to filmmaking at the Fourthwall Youth Studios summer camp in the summer of 2014.  After multiple summers attending Fourthwall, Xander was hired by Frank O’Farrell to work as part of his Crews For Hire team.  Crews For Hire is a youth employment program for young filmmakers.  In the program, the student filmmakers help local businesses create visual content to promote their brand through a variety of means.

“Before coming to Fourthwall I didn’t really know how to do all of the business side of things. Since getting involved in the many projects here, I have become an expert at sending emails, creating briefs and commanding meetings, things that I never thought I could do.”

Behind the Scenes At FourthWall

Creating film projects takes a great deal of teamwork and collaboration.  Wynn and his team were responsible for writing the script, casting actors and actresses, finding locations to shoot, recording and directing each scene, and finally editing the footage to tell a compelling story without leaving plot holes.

At Fourthwall, Xander learned to use camera equipment and high-end software, such as Adobe Premier.  Wynn has learned that creating an award-winning film takes a lot of organization, and recognized filmmakers must have a vision of how they want the finished product to look while giving actors creative freedoms to add their own energy to the film.  According to Xander, his favorite part of the process is editing.

The first award-winning film production in which Xander was involved, Frere (pronounced liked “prayer”), discusses mature topics such as drug addiction and bullying.  Frere, which is French for brother, tells the story of a young man whose older sibling suffers from an addiction to drugs and alcohol.  As a result of the older brother’s addiction, he abandons his younger sibling, leaving him vulnerable to vicious attacks from a bully.

For Wynn, the story of the film short, Frere, has a personal connection as his own father was absent from his life from around the time he was 2 or 3 years old.  Much like the lead character in the film, Xander’s father made an attempt to reconnect with him when he was in the 6th grade.  While Xander’s real-life story is still unfolding, the film Frere intentionally leaves the conclusion open-ended, allowing the viewer to infer their own possible outcome.

Xander reflected on the struggles he and his teammates, Jeremiah Bolder and Ellary Cooper, faced during the filming of Frere.  According to Xander, the trio struggled to find someone to play the role of the addict.  This problem was compounded by the fact that Fourthwall summer camp programs are only two weeks long.  Thus, once they finally found the right actor to fill the role, the team had to make adjustments to their script to account for the changes and the small amount of time allotted to finish the project.

Frere was selected to be a part of a national film festival in the 2016 White House Student Film Festival.  Wynn and his team traveled with Frank O’Farrell to Washington D.C. for the award ceremony.  Each of the films selected was screened in front of famous actors, actresses, and other filmmakers.  Frere received the high regard of Honorable Mention.  Young Wynn was amazed when he received notification that Frere was selected by the President’s screening committee.  “It was surreal!  My team and I went through the hard work of finding characters and filming the scenes.  I was responsible for editing and putting some of the final touches on the film.  It was great seeing that we did a good job and they felt it was good enough to include it!”

Act Two, More than a Fluke

Wynn thought being included in the White House Film Festival was merely a fluke. Yet the following year, when Frere was included in the Golden Lion Film Festival, he realized that he and his team had created something memorable.  When they were announced as the winner of the Junior High category, he taken aback, remembering thinking to himself, “Wow! People really like what we did! They appreciate the quality of our work and actually can connect with our story.”

Xander views storytelling for a film as a way to talk about what he has been through in his life.  For him, it’s more than an opportunity to be creative and express himself. “I get to come to terms with what has happened in my life, and tell a story that hopefully others can connect with,” Wynn adds. When asked who his filmmaking role model is, Xander said that he looks up to Tyler Perry as a source of inspiration.  “His story wasn’t always great, but it turned out pretty good!”

Xander was involved in the making of yet another production that was recognized in a local film festival.  The Film, titled Love Tuition, was part of the 2018 inaugural Cindependent Film Festival.  Love Tuition tells the story of a young lady overburdened with the cost of going to her dream college.  As a result of the financial burden, the lead character makes some bad decisions.  Unfortunately, her decisions land her in prison instead of the prestigious university to which she was accepted. 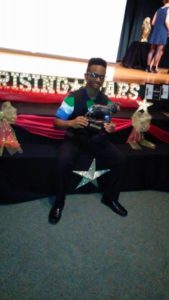 Although Love Tuition did not win any awards, simply having his short film included in the film festival was exciting to Xander and his teammate on the project.  When asked what he learned from making award-winning films at a young age, Xander offered a few words of wisdom to future up-and-coming youth filmmakers. “Be true to yourself.  Always create something you’d want to watch.  Don’t make something for others.  You have to really enjoy what you are making.”

Wynn encourages young filmmakers to work in groups on their film projects. In each of the projects that he has worked on, he feels that having other passionate individuals on his team has made the experience better.

“Working in groups is so helpful, and is also a stress-reliever. We know that everyone in our group is capable of doing anything in production. It allows us to delegate certain roles to make sure everything goes smoothly,” stated Wynn.  He goes on to add, “It is also key, because it gives you the relief that you don’t have to do everything yourself, and you don’t have to worry about things getting messed up when someone else is working on the same project.”

Activities Beyond the Classroom is honored to serve as the fiscal sponsor for organizations such as FourthWall Youth Studios, which was recently awarded a grant from the prestigious organization Impact 100.  By helping organizations that give young people a creative outlet and teach them life skills, we are playing a role in building a brighter future for all in Cincinnati.  We are excited to see what the future holds for this young filmmaker.